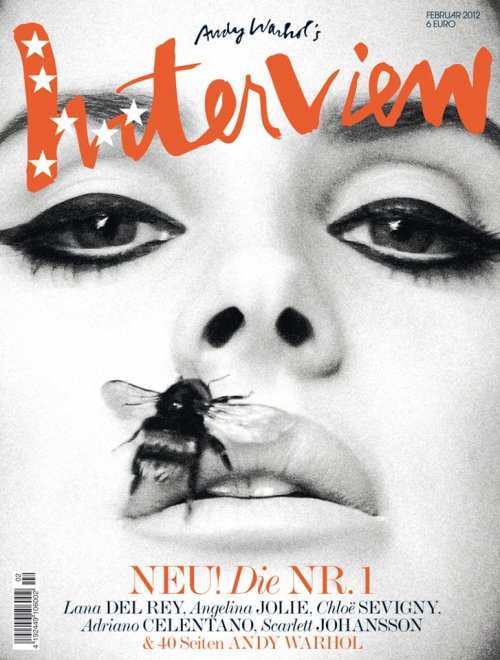 There’s a new magazine on german news stands: Interview. The magazine was originally launched by Andy Warhol in 1969 and now there’s a german version. The first issue consisting of 270 pages filled with interviews with celebrities such as Scarlett Johansson, Chloe Sevigny and Lana del Rey, who also graces the cover..